The Future of Guerilla Marketing 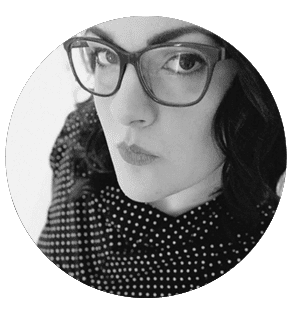 The Future of Guerilla Marketing.

We’ve made it to 2020, a new decade to connect with our audiences. Conventional methods just won’t cut it anymore. It’s time to escape the notion that you need to spend loads of money to reach loads of people.

Although we’re taking on a new decade knowing that people no longer interact with companies the way they did when our grandparents did the advertising, why are so many of us still afraid to push the boundaries they’ve set?

We’re not confined by a 20th-century code – besides, they’re more like “guidelines” than actual rules.

What is Guerilla Marketing?

It’s not just about building advertising that defies the laws of marketing and pushes its way into the blind minds that traditional advertising has created. There’s an inaccurate definition that many are using – that it’s all about the unconventional. The truth is literally right there in the definition. “Guerrilla” warfare, a term defined by Webster as “irregular military actions carried out by small usually independent forces.” Guerilla Marketing is less about being remembered on Pinterest and more about an imagined design meant to reach the biggest audience using the least amount of resources. As businesses, we may not be going to war, but we’re at battle with other brands, competitors, and even the attention-spans of those people we’re trying to reach. 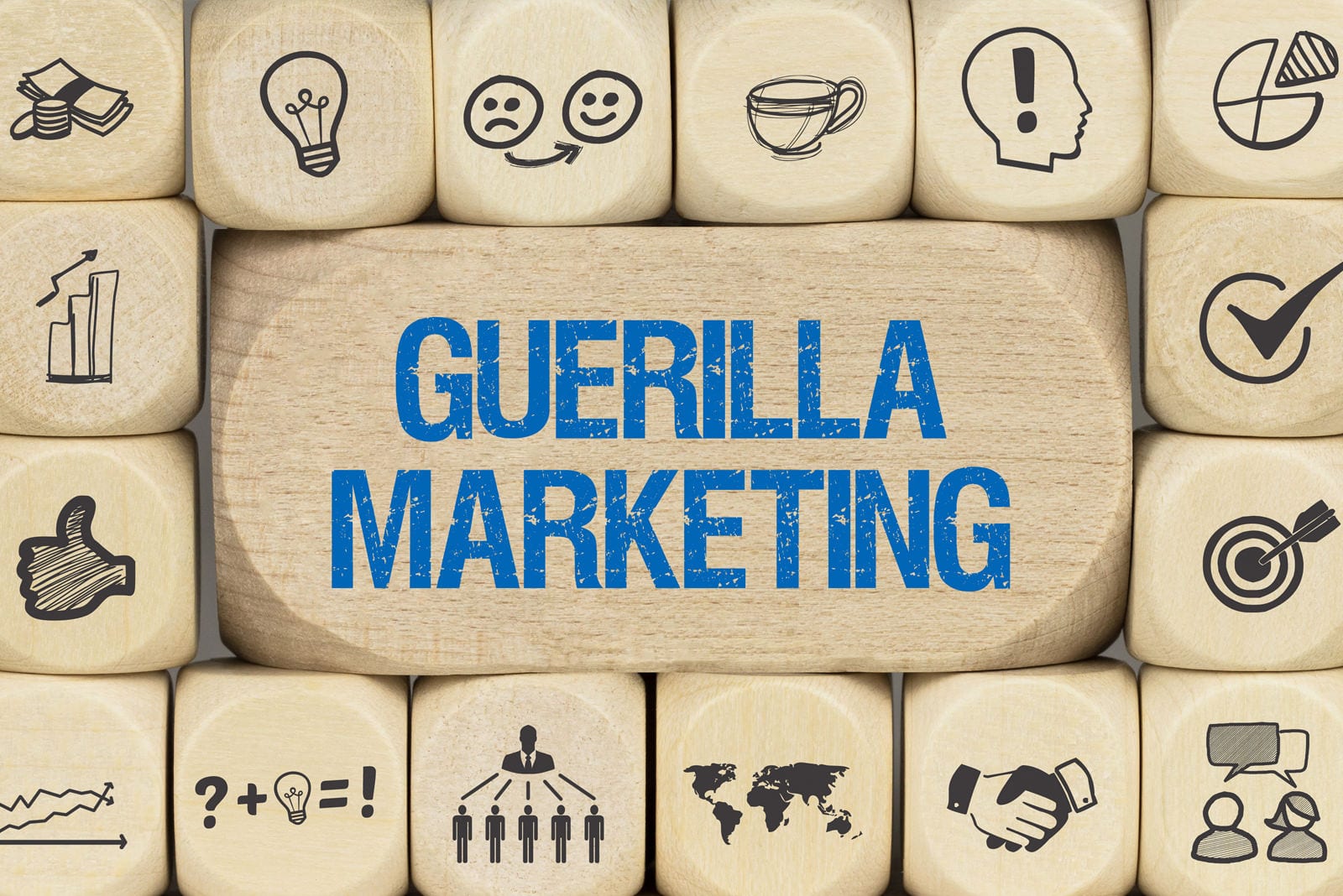 As small businesses, you have the most opportunity to use guerilla marketing to reach your target audience and make the biggest impact. Why? Because big box brands are recognized already – and they’ve ingrained themselves with that advertising needs to be focused on selling.

You’ve got the chance to build that recognition, make a statement that isn’t backed by high-paid CEOs, and reach and engage with your audience.

Most guerilla marketing ideas are established on a few mutual characteristics:

Some other marketers and organizations have attempted to categorize various guerilla marketing techniques into sub-categories. Less emphasis should be one what category your idea fits into because then it would be subjecting it to a label when guerilla is meant to go outside the lines.

For your own reference only, these categories are listed as:

If you’re hoping to make an attempt at guerilla marketing and have an idea in mind, you can take some inspiration from other businesses who got it right. 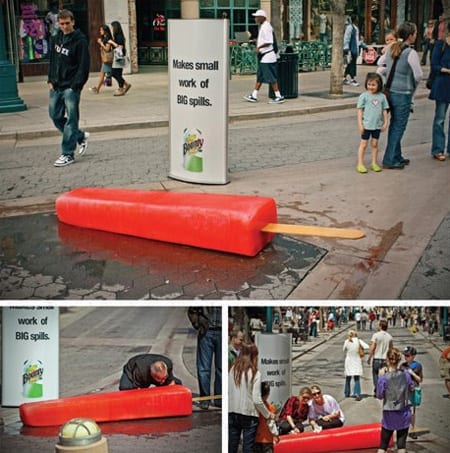 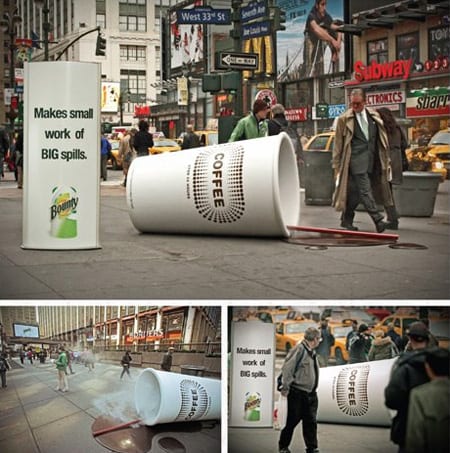 By re-creating something simple into something extravagant, Bounty was able to provide their solution to an everyday problem without needing to describe it. Because we already know Bounty sells paper towels, but now it’ll remain in their heads the next time they’re grocery shopping. 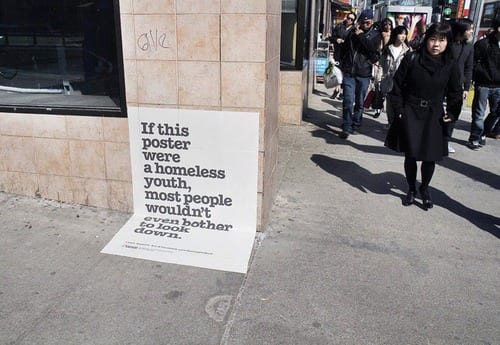 Replace that struggling youth with a poster, and suddenly people look down – curiosity trumps comfort. These posters were designed to take the place of a homeless person and raise awareness of the fact that, just because you choose not to see them, doesn’t mean they’re not there.

Make the Public Become Part of Your Guerilla Campaign 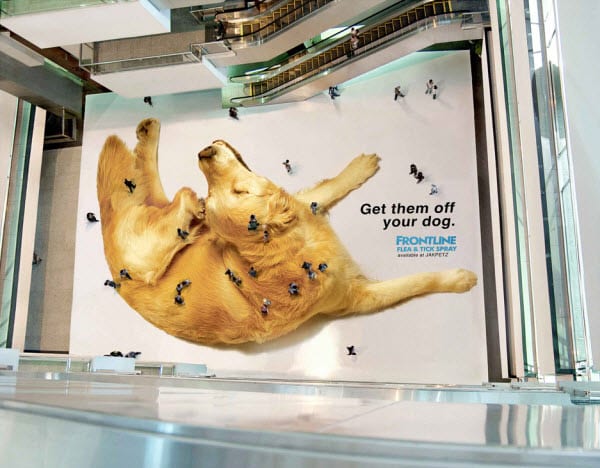 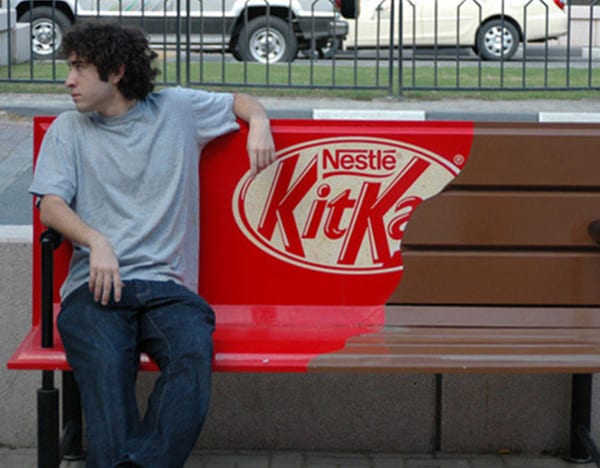 Through interactive ideas, you can capture an audience’s attention by having them become, evening unwillingly, part of the campaign itself. The interesting fact about the above example is that those walking on the ad, may not be aware that those on the upper floors are mistaking them to be fleas. If you can conjure up an idea like this one, where the audience becomes interactive, you’re more likely to leave a lasting impression.

Have an idea you’d like to explore and need some creative minds to put your plan into action? Reach out today to get started!

Your company has a story to tell the world. How do you do it in a way that evokes emotion, encourages connection and leads to conversions? BID is here to help. If you’re ready to have your brand stand out from the crowd. Give us a shout.

Subscribe to our awesome newsletter. Want new articles before they get published? Want great tips for branding & marketing?

Follows
We use cookies on our website to give you the most relevant experience by remembering your preferences and repeat visits. By clicking “Accept”, you consent to the use of ALL the cookies.
Do not sell my personal information.
Cookie SettingsAccept
Manage consent

This website uses cookies to improve your experience while you navigate through the website. Out of these, the cookies that are categorized as necessary are stored on your browser as they are essential for the working of basic functionalities of the website. We also use third-party cookies that help us analyze and understand how you use this website. These cookies will be stored in your browser only with your consent. You also have the option to opt-out of these cookies. But opting out of some of these cookies may affect your browsing experience.
Necessary Always Enabled
Necessary cookies are absolutely essential for the website to function properly. These cookies ensure basic functionalities and security features of the website, anonymously.
SAVE & ACCEPT